From Antonia Mortensen and James Frater

The Estonian Ministry of Foreign Affairs expressed concern about reports of two missiles or rockets landing in a farm in Poland near the Ukrainian border.

“Latest news from Poland is most concerning. We are consulting closely with Poland and other Allies. Estonia is ready to defend every inch of NATO territory,” the ministry tweeted.

“We’re in full solidarity with our close ally Poland,” it added.

Lithuanian President Gitanas Nauseda said that the country is “keeping a close contact” with Poland.

“Lithuania stands in strong solidarity with Poland,” he tweeted,” adding that “every inch of NATO territory must be defended!”

A government spokesperson in Poland says a meeting of national security officials Tuesday night was called “due to the emergency situation.”

He added that details would be released after the meeting.

The meeting follows reports that two missiles landed on a farm in eastern Poland, near the Ukrainian border.

A Polish official told CNN that nothing was confirmed yet and the investigation into the incident was continuing.

US Defense Department Press Sec. Brig. Gen. Pat Ryder said the US is “aware of the press reports alleging that two Russian missiles have struck a location inside Poland near the Ukraine border” but does not currently have information to corroborate those reports.

The Defense Department repeated that the US “will defend every inch of NATO territory” as the US waits for more information.

Ryder said the US is “very confident” in its force protection in Europe.

“When it comes to force protection, we always take the safety and security of our troops no matter where they’re serving very seriously,” said Ryder.

There’s been no confirmation from Polish authorities that Russian missiles landed on Polish territory. 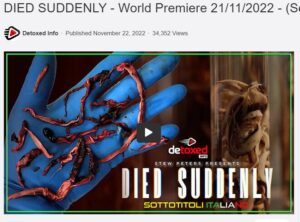