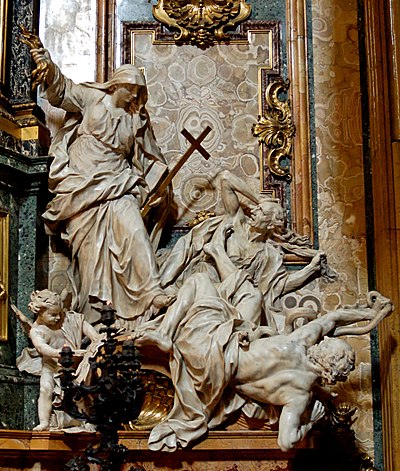 I’ll tell you how it went.

They still insist that:

2) that Bergoglio is the duly elected pope

3) but that Bergoglio’s apostasy / heresy would not make him fall as pope at all.

HOWEVER, they admit (AND THAT WOULD BE TWO FURTHER GREAT STEPS FORWARD!):

4) the validity of the admonition of the Virgin of Revelation (1947, Tre Fontane, Rome (1)) “(it is necessary) to obey, unless this order concerns faith and morality. Then no!”

5) Bergoglio being a heretic, in accordance with the condemnation expressed by St. Thomas Aquinas against heretics and schismatics, namely “ideo peccat quicumque eorum missam vel ab eis accipita sacramenta” (S.Th. III q.82 a.9) (1), IT CONSTITUTES DEADLY SIN to consciously follow the masses, sacraments, homilies and prayers WHICH ARE CELEBRATED BY BERGOGLIO PERSONALLY. After all, we know very well that his rites are heretical, as clearly are his incredible homilies in which he insults Jesus, denies his miracles, rejects Marian dogmas or commits acts of pagan idolatry!

BUT, AS WE ALL WELL KNOW, BENEDICT XVI HAS NEVER STATED HIS RENOUNCIATION TO THE “MUNUS”. INSTEAD, HE HAS OFFERED HIMSELF IN EXPIATION AS THE VICTIM SOUL OF THE CHURCH DEDICATING HIMSELF TO CONTINUOUS PRAYER (“ORANDO ET PATENDO”)! THIS MEANS THAT BENEDICT XVI IS AND REMAINS THE TRUE REIGNING POPE!

REGARDING THE PROPER TASK OF ALL PRIESTS, THE SAME VIRGIN OF REVELATION (TRE FONTANE, ROME, 1948) CONFIRMS HIS FAMOUS SECOND REVELATION OF THE THREE FOUNTAINS (3), WHEN SHE SAYS THAT THEY MUST NOT BE:

“Outside the house of the Father where there is the holiness of the Father, the Pope, way, truth and life, there is darkness and confusion.”

We must not seek or demand perfection in priests. Of course, as long as they are with the true Pope Benedict XVI, because outside of them “there is darkness and confusion”! In this case they will be cleansed “of evil, because in the plans of redemption it will be [Jesus] himself who speaks to you”. We must therefore exclusively put into practice their teaching based on the authentic word of God, namely the Gospels!

THE INVECTIVE AGAINST BENEDICT XVI 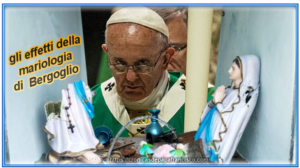 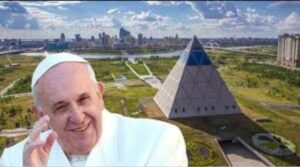