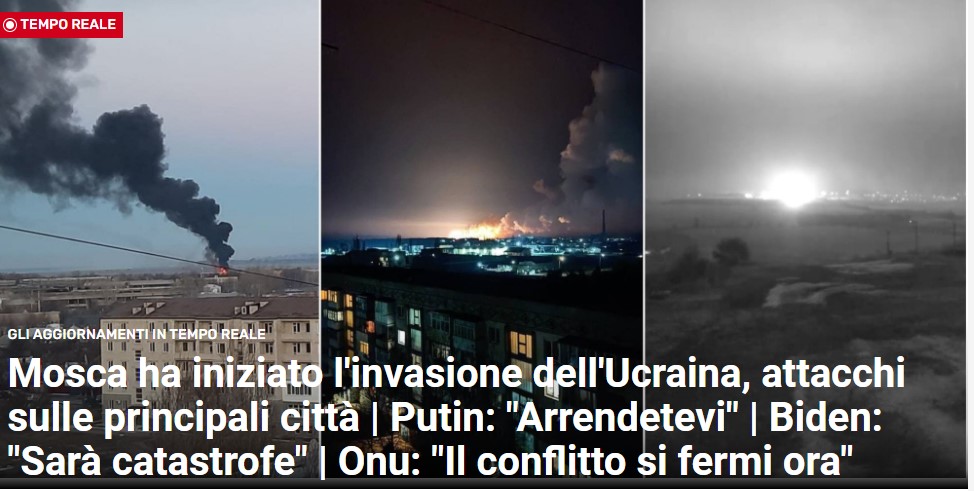 8:23 a.m. – Russia says it has taken out infrastructure at Ukraine air bases -reports

The Russian ministry denied reports that one of its aircraft had been downed over Ukraine. Ukraine’s military said earlier that five Russian planes and one helicopter had been shot down over its Luhansk region.

Russia’s attack on Ukraine has thrown Europe back into a situation it thought the continent had long overcome, Belgium’s Prime Minister Alexander De Croo said on Thursday.

“This is Europe’s darkest hour since the Second World War,” he said on Twitter.

8:00 a.m. – Ukrainian military says it has downed five Russian planes and a helicopter in eastern Ukraine

The Ukrainian military stated that it had downed five Russian planes and a Russian helicopter in eastern Ukraine.Capacitors that Underpin the Future of Railroads in the Age of the EnvironmentSponsored by TDK CorporationRecommended by

They also discussed further steps to ensure the security of NATO’s Eastern flank, and Blinken stressed that the US commitment to NATO’s Article 5 collective defense principle is ironclad, the department said.

The Ukrainian military said that its air defenses shot down a Russian plane in eastern Ukraine.

Air raid sirens sounded in Lviv on Thursday morning. A number of countries had moved their embassies from Kyiv to Lviv amid the threats of war in recent days.

7:37 a.m. – NATO to hold an emergency meeting on Thursday

NATO ambassadors will hold an emergency meeting later in the morning, a NATO official told Reuters on Thursday, after Russia launched an attack on Ukraine.

Russia has suspended domestic flights to and from a number of airports near its border with Ukraine until the early hours of March 2, its federal aviation agency Rosaviatsiya said in a statement on Thursday.

Flights at airports in the cities of Rostov-on-Don, Krasnodar, Anapa, Gelendzhik, Belgorod, Voronezh and Stavropol, among others, are temporarily suspended, the agency said.

US President Joe Biden said he briefed Ukrainian President Volodymyr Zelenskiy in a phone call on Wednesday night on steps the United States is taking to rally international condemnation of Russia’s invasion of Ukraine.

Biden said the United States and its allies and partners will be imposing severe sanctions on Russia and will continue to provide support and assistance to Ukraine.

German Chancellor Olaf Scholz condemned on Thursday Russia’s attack on Ukraine as an unjustified and flagrant breach of international law and said Berlin would consult its partners in the Group of Seven (G7), NATO and the European Union.

“This is a terrible day for Ukraine and a dark day for Europe,” Scholz said in a statement.

7:21 a.m. –  President Putin has chosen a path of bloodshed and destruction – Johnson

“I am appalled by the horrific events in Ukraine and I have spoken to President Zelenskyy to discuss next steps,” said UK Prime Minister Boris Johnson. “President Putin has chosen a path of bloodshed and destruction by launching this unprovoked attack on Ukraine. The UK and our allies will respond decisively.”

President Volodymyr Zelenskiy said on Thursday that Russia had carried out missile strikes on Ukrainian infrastructure and the country’s border guards, and that explosions had been heard in many cities.

He said that martial law had been declared across the country and that he had spoken by phone to U.S. President Joe Biden.

In a separate statement, the Ukrainian foreign ministry said the purpose of Russia’s military operation was to destroy the Ukrainian state.

Russian-backed separatists said on Thursday they had launched an offensive on the Ukrainian-controlled town of Shchastia in the Luhansk province, Russia’s Interfax news agency said, as Russia started a military operation in Ukraine.

Kyiv has said Moscow has launched a full-scale attack on Ukraine, with military command centers in a number of cities hit by missiles. 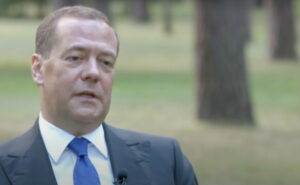 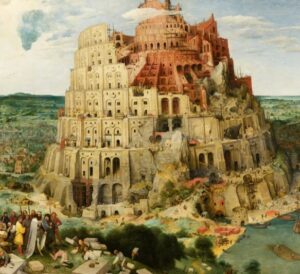